This is not about PostgreSQL, or programming, or even computers. It's about board game. Be warned.

Disclaimer: I do not claim that this is the best scenario (by far not). Or that it will be enjoyable for everyone. I wrote it mostly so I can recreate the setup in future for myself. But if you'd like to give it a try – go on 🙂

I like playing some board games. Mostly co-operative ones. Lately we've been very fond of Zombicide, to which I bought some extensions (Season 1, Season 2, Toxic City Mall, Zombiedogs and Companion dogs).

The problem we hit was lack of large games. These is multi-game scenario, but we wanted single game on huge board.

With hard time finding anything for us, I decided to make one. And even add it some kind of legend to go, to explain certain things…

Some people, not infected (yet) were running away from the mall area. There were supposedly huge hordes of zombies. Impossible to get through. But there was also something more interesting – a chopper. What's more. In one of the surrounding buildings there was supposedly a pilot. Which could come in handy given that, well, who knows how to pilot a chopper?

There are couple of problems, though. And the gazillion of zombies is just the beginning. Pilot is heavily wounded. The last rumors you heard was that he was killed. Or maybe turned into this half-zombie, “zombivore". But even this form was (in the stories told) heavily wounded. So much that he (or is it she? or maybe “it" given its uncertain status now?) was laying low, pretending to be dead zombie, in hope that someone, with skills, will come and heal him/her/it.

And there is also the problem of fuel. Chopper will not fly without it. There might be some, perhaps hidden by residents of the area, before the apocalypse, but we also know that there is a “bunker". Someone was preparing for himself – apparently he didn't make it, but most of people agree – if you'll get into bunker there is some fuel.

To make the board you need all tiles from both seasons and from toxic city mall. In total – 21 pieces. 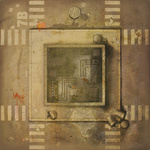 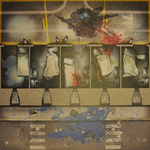 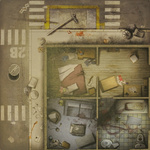 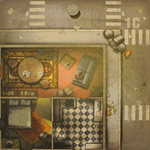 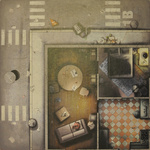 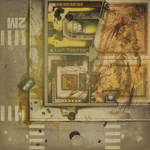 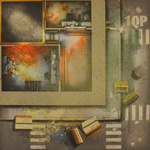 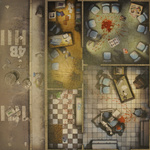 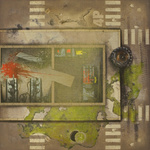 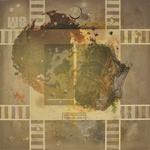 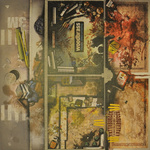 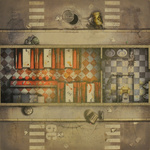 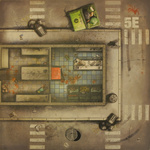 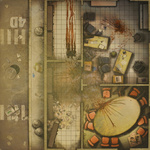 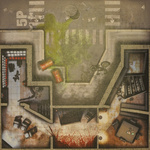 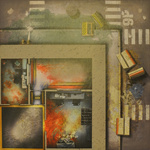 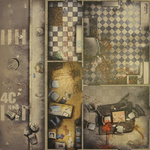 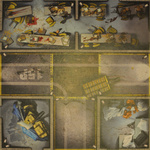 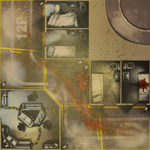 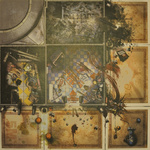 To build it you need tiles:

Now, we need to add doors, cars, spawn zones, exit zone, and “wounded" cards (more on it in a moment). Like this:

Wounded cards – take 7 wounded cards, and mark one (I made small plus sign on one side). Next shuffle them without seeing which one is which, and put them in designated spaces.

These are potential locations of pilot. One of them is pilot, the other are just like normal “Aaahh!" cards, and should spawn a walker. To check, you have to go to location of card and use action “search". The card will be turned and you'll either get pilot, or walker to kill. Until the card is not resolved you cannot search in given zone.

There are 5 cars. Each of them should have one of:

In the “bunker" on the top-left tile you should stash 2x gasoline, and 1 wounded card. Since the deck of usable cards is from all 3 sets (Zombicide, Prison Outbreak, Toxic City Mall) you should still have 2 gasolines that you can find in “normal" places.

When starting the game, put starting figures on red spawn zones, but spread your survivors as evenly as possible across all red zones. I.e. Playing with 6 characters you put one figurine in each red zone. When playing with 8 – two zones will have two figurines, and the other 4 – one.

After picking appropriate number of characters to play, choose one more (for pilot). Turn it to its zombivor side, and put 4 wounded marks on its card. Pilot will be activated once found, and will “belong" to player who founded him. He has 0 experience points, and nothing in inventory (aside from 4 wounds).

To win you have to rescue Pilot, and go with it, and as many characters as you can to the exit place (there is the helicopter). If you'll end turn with players (including pilot) on exit zone, there are no zombies in this place, and you have at least 2 gasolines in your possession ( regardless of which character, from the ones that made it to chopper, has it ) – you won.

To make things a bit harder, we also made certain changes to rules:

We played this once so far (it is a long game), with 8 characters, 4 players. We lost, but I think it was rather cool.

If you like it – let me know (it's always to heard good things). If you don't – let me know why, maybe I can tune it. If you found a bug – let me know, I might fix it (there are some unreachable spaces now, but I'm not really inclined to fix it). And mostly – if you'll play it – I would love to know about it and how you found it after the game.